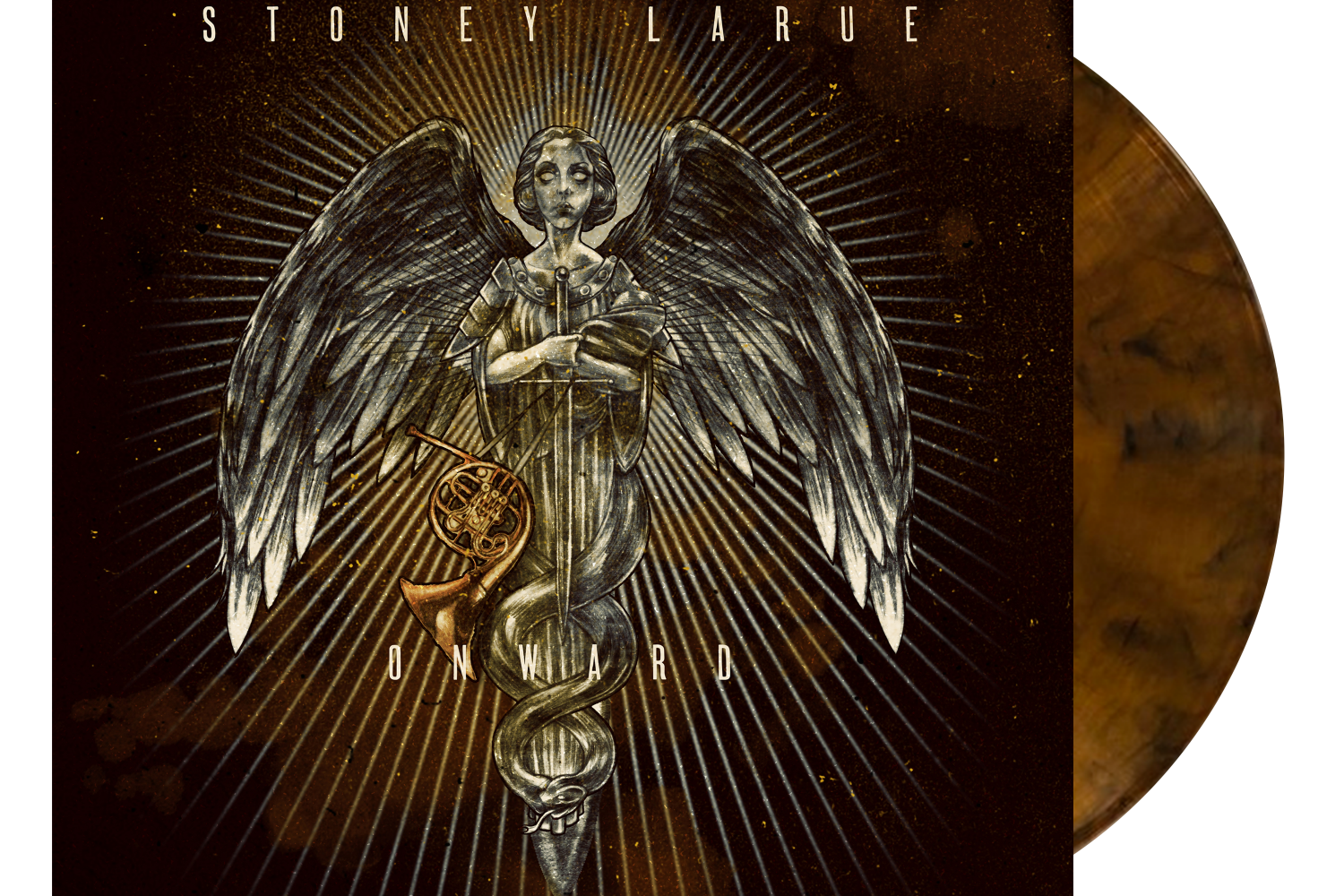 Nashville, TN-(August 20, 2019)-For nearly two decades Stoney LaRue has sustained a seminal music career that was dug straight out of the red dirt in Oklahoma.  His rock infused country “tude” coupled with a dominating set of vocal pipes quickly identified him as a rising star with his 2002 debut album “Downtown.”  Since then his iconic status in the Red Dirt music scene remains undisputed with years of highly praised album releases and an onward trajectory that has had a blanket effect in the industry.  LaRue has “been there” and “done that” in almost every facet of the music hemisphere.  Sold out shows in a continuous 200 plus dates a year tour schedule, high charting albums on Billboard, iTunes and the Texas Regional Radio Chart, featured videos on CMT, over 1 million albums and singles sold, guest vocal performances on songs by Lee Ann Womack and Miranda Lambert, shared stages with some of the biggest names in country music and a most coveted debut performance at Nashville’s renowned Grand Ole Opry, one could say his bucket list grows shorter by the year.  But for LaRue, there is only onward movement, and that sentiment is the compass point of his new album “Onward” set to be released on November 1st on One Chord Song/Smith Entertainment.  To preorder the album now you can do so on iTunes or Google.

If you want to pre-save “Onward” on Spotify click here. http://smarturl.it/stoney-onward.

Much like LaRue’s humble beginnings, “Onward” is purely organic both in its raw disposition and in the recording of it.  LaRue teamed up with GRANMMY Award-winning producer and hit songwriter Gary Nicholson who also co-wrote the songs on the album and recorded it at his studio in Nashville. “I’m now getting back to being happy,” LaRue cites. “I’ve been writing a lot and figuring out what direction I am going in.  That’s why this album is called ‘Onward.’  It’s a more mature album written about myself, humanity and the truth. The writing of it turned out to be medicine that didn’t have to be prescribed.”  The album dives head-first into the opener “Fallin’ and Flyin’,” one of 10 songs co-written by Gary Nicholson.  The track was famously performed by Jeff Bridges in the 2009 country music drama Crazy Heart. In LaRue’s hands, it’s a humble admission, part of his journey toward self-improvement. “I never meant to hurt no one/I just had to have my way/if there’s such a thing as too much fun/this must be the price you pay,” he sings.  Likewise, he lays bare his soul in “You Oughta Know Me by Now,” a song that Nicholson and his co-writer Shawn Camp wrote especially for LaRue. While it’s framed around a man’s shortcomings and bad habits, it also conveys a precious honesty, like much of the vulnerable album does.  To listen to LaRue sing the nostalgic, Bob Seger-esque “Drowning in Moonlight” is to hear someone with whom you share an experience. LaRue further explores that idea on “Meet Me in the Middle,” a gritty duet about compromise with the legendary Tanya Tucker. “It’s about the idea of reciprocity in a relationship, of yin and yang. You want to think that everything’s supposed to be equal and find the balance, but it never turns out that way, does it? It’s always a shift of power,” he says.

While the bulk of “Onward” exists in that musical sweet spot of rock and twang for which LaRue has become known, a pair of songs evokes a more Dixieland vibe. “Evil Angel,” featuring the magnificent McCrary Sisters on gospel vocals, is a jaunty barroom piano sing-along, and “Worry Be Gone” — a Nicholson song written with Guy Clark and Lee Roy Parnell — is a New Orleans ode to saying to hell with it all and sparking one up.  The album’s first single “Hill Country Boogaloo,” which hit the Top 10 on the Texas Regional Radio Chart this week, is a requisite declaration of Texan pride and taps into nontraditional country funk forgoing lyrical tropes in favor of fresh allusions.

For LaRue fun means being on the road and playing live, tapping into a vast catalogue that includes influential LPs like 2005’s “The Red Dirt Album” and his exhilarating 2007 live document “Live at Billy Bob’s Texas. “ Now, he’s excited about taking “Onward” to fans around the country and reminding them that not only is he still here, he isn’t going anywhere. In other words, Stoney LaRue is looking onward.